I argued with a friend recently that I thought two weeks was ample time to make a significant change in your life. They responded it wasn’t. I tried to break it down into the potential free hours a person could have and illustrate that two weeks is a long time, more than enough to take you from where you currently are to where you want to be heading. Again, they argued.

You, dear reader, or fair-weather reader, can take this in for a moment. How often have you perceived two weeks as being a long time to wait? Probably not a huge amount unless you’re still south of thirty. But even then if you’re missing someone or something or in anticipation you feel that length of time and how vast it is.

Now take for example a stereotypical or “traditional” work week in the western hemisphere. Yes, salaries alter what that typically means, but for now let’s ignore professions like law, medicine and the film industry and look at the tried and true overly referenced 40 hour work week.

Viewing a person’s life in this manner, you’ve got your “standard” eight-hour day, with let’s say an hour’s worth of breaks, a commute there and back (which could be of any length), and sleep. If you’re in a relationship or have children you likely have other commitments on top.

Beyond that you have, I’m hoping, a good one or two hours a day you can commit to entering towards your goal or aim. You may need to sacrifice certain things, defer a load of laundry for a little while or not watch the latest episode of whatever show you’re enjoying, but think of how many hours you could possibly apply to getting yourself corrected and starting or completing whatever you need to.

Looking at it with digits

Conservatively that two weeks would amount to 14-28 hours of free time if you’re working daily. If you’re working five days a week, that could be expanded to 46 using two free days per week where the time was re-allocated to whatever you’re trying to do. Add two hours to both of those days and squeeze all you can out of that time and that’s 50 potential hours including your work and commitments you could utilize over a two-week period towards literally anything you desire.

I’ll also imagine that you’ve got a ton of commitments in a professional field. Try to view the challenge to make changes or improvements as a short effort over a fortnight (not to be confused with that relatively successful game, “Fortnite”). The word is literally derived from old English for fourteen nights.

What you can do with a fortnight

Attempt to dedicate fourteen nights to incrementally go towards your goal (yes, that’s vague, but you can insert whatever you want to achieve or do in place of “goal”).

It’s often stated that it takes 21 days to form a habit. I’ve also read some people say that it takes just 15 and variations between that. If it is 21, you’ll have gone through two-thirds, if it’s five you’ll have covered it nearly thrice over.

Make time work for you. It doesn’t slow down and it doesn’t bend according to your hopes that it may, but it can be harnessed. Those two clusters of seven days can easily help you wherever you want to go.

Focus on the fact that you know if you’ve got to wait for something, fourteen days in the modern world (especially with express deliveries) or two weeks is a long time.

Never underestimate the value of compounding and how your efforts towards your goal are vital. Do nothing, nothing changes. Do a little every day and you’ll surprise yourself with the volume of progress you can reach extremely quickly.

Be selfish briefly, focus on your goal. If you manage your time and focus on it you’ll find you have a lot more of it. If you continue the patterns and routines you’re accustomed to. That’s your bind.

Don’t worry, it’s not the end of the world if you don’t allocate the time to achieve your dreams. If you don’t they won’t happen and that’s fine. Isn’t it?

Two weeks is a long time if you make use of it and don’t allow yourself to be dragged down by people’s negative action and negative people.

Also, anyone that knows me knows I’m the furthest person from a religious zealot. I’m an atheist who wavers sometimes depending on my mood, emotion and wonder but that’s not the point…

If you are religiosity inclined, consider this. The bible claims the world was created within seven days, six in “reality,” so if all that can be rustled up, allow yourself to be inspired to make some quick changes. In actual fact, two weeks is a long time.

In light of the coronavirus, this can be made more clear than ever. Gear yourself towards progression.

“Of all lies, art is the least untrue.” Flaubert

Epiphanies can linger if you let them. Again, as we all will have and will endure, I suffered a great and sudden loss. A woman I grew up with, a second mother type figure, passed away today. She was a lot younger than anyone should be content with and she wasn’t known to be suffering from any life threatening illness. Until one day she was diagnosed with a developed stage of cancer and within three days (ending today) she was dead.

Now the past few days have hurt. I’m thousands of miles away in another country, I couldn’t go to her side and even if I could she was comatose and so whether she heard me or not would have been debatable. She knew I cared for her and my family loved her but repeating that message would serve me more rather than her. She had more goals, more aspirations, more hopes… But the metaphorical plug was pulled and that was that. 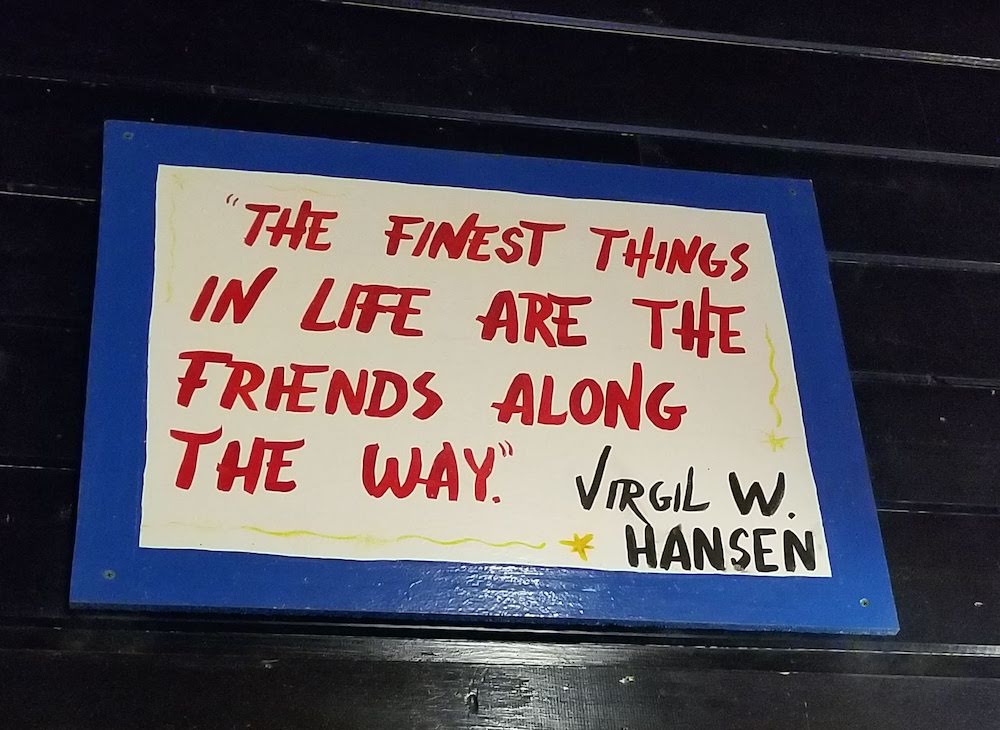 As with everyone’s experience, when a death occurs you realize and understand how finite and short life is. A friend of mine texted me back wit,h “It can be” when I stated that. No, it’s not “can,” it is. Immortality is fiction.

We are here for just a blip and yes, it’s what we do with that time that matters, but if you’re me or billions of others, that epiphany exists for a short period around such tragedies.

We then revert back into our routines of behaviour, habit, hope and insane repetition, always hoping for a more rewarding tomorrow but never quite pushing the areas that need that extra shove and stagnating at the hope portion. Until the epiphany repeats itself with another example of our ticking clocks, only to forget them again.

I’m not interested in forgetting this epiphany. I intend to wallow in it. I don’t want to keep reaching that “Ah ha! Oh yes, I forgot” moment, I want to utilize it to force myself into shape and I’m doing so. Now. Today. You can too.

Remember the pain of what you lost and find ways to make the here and now as amazing as they can be. Never withhold telling someone you care for them or love them. One day it will be too late and then you won’t have the opportunity to do so.

You have to continually remind yourself of some epiphanies. Don’t let them fade into the back of your mind. Just stay aware of how finite time is, how progressing and being conscious of controlling yourself is extremely important.

Also, remember the fantastic quote attributed to Sam Harris; “Wisdom is taking your own advice.” That means if you’re always complaining about someone or something, you know what to do.

Action a change. Time is finite.

As you age you should become calmer in some aspects and more diligent in others. Etch the hands of time into your mind so that you can continually be present.

Yes, epiphanies can linger if you let them but they have to be allowed to linger.